The Pony Club is an international voluntary youth organisation for young people interested in ponies and riding. It was founded in England in 1929, and granted independent charitable status on 1st January 1997. The Pony Club is represented in 27 countries with a worldwide membership exceeding 110,000 making it the largest association of young riders in the world.

A steep decline in membership prompted a rebrand in 2016, aimed at reversing the 18% reduction in membership numbers by attracting a new, more diverse audience.

As part of the wider Pony Club commercial strategy, Blacktype Digital was commissioned to develop a digital marketing plan to attract new members to the organisation.

As a registered charity, the Pony Club was eligible for a Google Adwords grant.

Blacktype applied for & secured a Google Adwords grant for the Pony Club.  This entitled them to $10,000 a month in free online advertising on the Google platform.

We designed a digital marketing campaign based on this grant to attract new members.  We identified some key audiences for the campaign.  These included parents of children currently riding at riding schools as well as parents looking for sports and outdoor related after school or school holiday activities for their children.

One of the big issues that the Pony Club faced was a lack of awareness of its centre membership offering, which doesn’t require pony ownership to participate in.  We worked with the Pony Club to design a bespoke landing page for the ad campaign which allowed prospective customers to identify which membership level was most appropriate for them.  They were offered further information and a membership form via email and then sent a series of follow up emails providing more information about membership.

Conversion goals were configured in Google Analytics for the key stages of the funnel so that full tracking and attribution could be used to monitor the return on investment of the campaign.

So far the Pony Club has received over $81,000 of free Google Advertising. This has generated over 1.5 million impressions of their adverts and sent over 57,000 targeted leads to their website.  The Pony Club quickly recouped the investment they spent with Blacktype in the first few months of the campaign from the increase in membership subscription revenue generated from these targeted leads and the campaign remains profitable for the Pony Club. 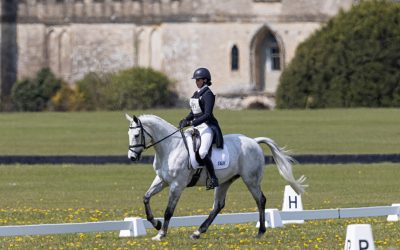 Background British Eventing (BE) is the National Governing Body for the Olympic sport of Eventing.  Eventing is unique in equestrian sport by combining dressage, cross country jumping over fixed fences and show jumping in one exciting activity. It’s one of the few...