British Eventing (BE) is the National Governing Body for the Olympic sport of Eventing.  Eventing is unique in equestrian sport by combining dressage, cross country jumping over fixed fences and show jumping in one exciting activity. It’s one of the few sports that engages all ages and where men and women compete on an equal footing. BE regulates, as well as schedules, more than 180 events throughout Britain.  These competitive events are run as profit making enterprises by individual business owners throughout the UK.

At 3 and 4 star level, they attract significant spectator audiences, with ticketing sales across the individual venues generating annual revenues in excess of £3 million per year. 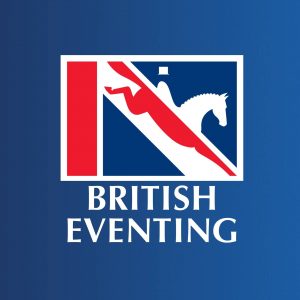 As part of the BE commercial strategy, Blacktype Digital was commissioned to facilitate an event ticketing social media advertising campaign for the 3 star events for the 2017 season.  The aim of the campaign was to:

1. Attract new audiences to the sport by increasing ticket sales which…

4. A platform for better sponsorship rights fees going forward
Each event is an independent business, so this campaign required them to work together in collaboration, rather than competition, in order to each achieve better results.

Each event has its own website & ticketing box office & Google Analytics, Facebook & Google remarketing & conversion codes were installed on each site to allow accurate campaign analysis.

An advertising campaign map was prepared as an outline for each individual event with adverts to run across Facebook, Instagram, Google Adwords & the Google Display Network. Youtube ads were also used when individual event budgets allowed.

The campaign began with a 30 second video advert on Facebook & Youtube.  To keep costs down, the same video creative was used for each individual event campaign, with personalisation at the start & end of the video specific to the event.  Viewers of at least 25% of the video adverts were then remarketed to with the advert creative varying depending on their stage in the ticket purchasing process and individual event deadlines (e.g. end of early bird promotions, online box office closing dates etc).

The campaign ran from March to September 2017.  Each event had  built their custom audiences from the beginning of the season, before running ad campaigns in the 4-6 weeks before the event.  As the campaign developed, the learning from the early events could be applied to subsequent events.  This improved campaign optimisation as well as strengthened the centralised, core data pool.

A variety of audiences were targeted with the primary consideration being to attract new audiences into the sport.  As well as cold targeting of the key demographic of affluent females, particularly in the flourishing society segment, data was used to create bespoke audiences.

Several of the events were in close competition to each other, both from a geographical and scheduling perspective (e.g. Festival of British Eventing at Gatcombe & the NAF Hartpury International Horse Trials both ran in Gloucestershire, one week apart from each other). By pooling lookalike data rather than actual data the campaign remained compliant from a data protection perspective as well as avoiding commercial conflict between the individual businesses.

The stats:  A directly attributable ROI of 4.7 : 1 when including both advertising costs & Blacktype Digital fees.

This is the first time a collaborative advertising approach has been enabled for BE & the results show the benefits of this approach.
The client is delighted with the results and has authorised a similar campaign for the 2018 season.

Background The Pony Club is an international voluntary youth organisation for young people interested in ponies and riding. It was founded in England in 1929, and granted independent charitable status on 1st January 1997. The Pony Club is represented in 27 countries...